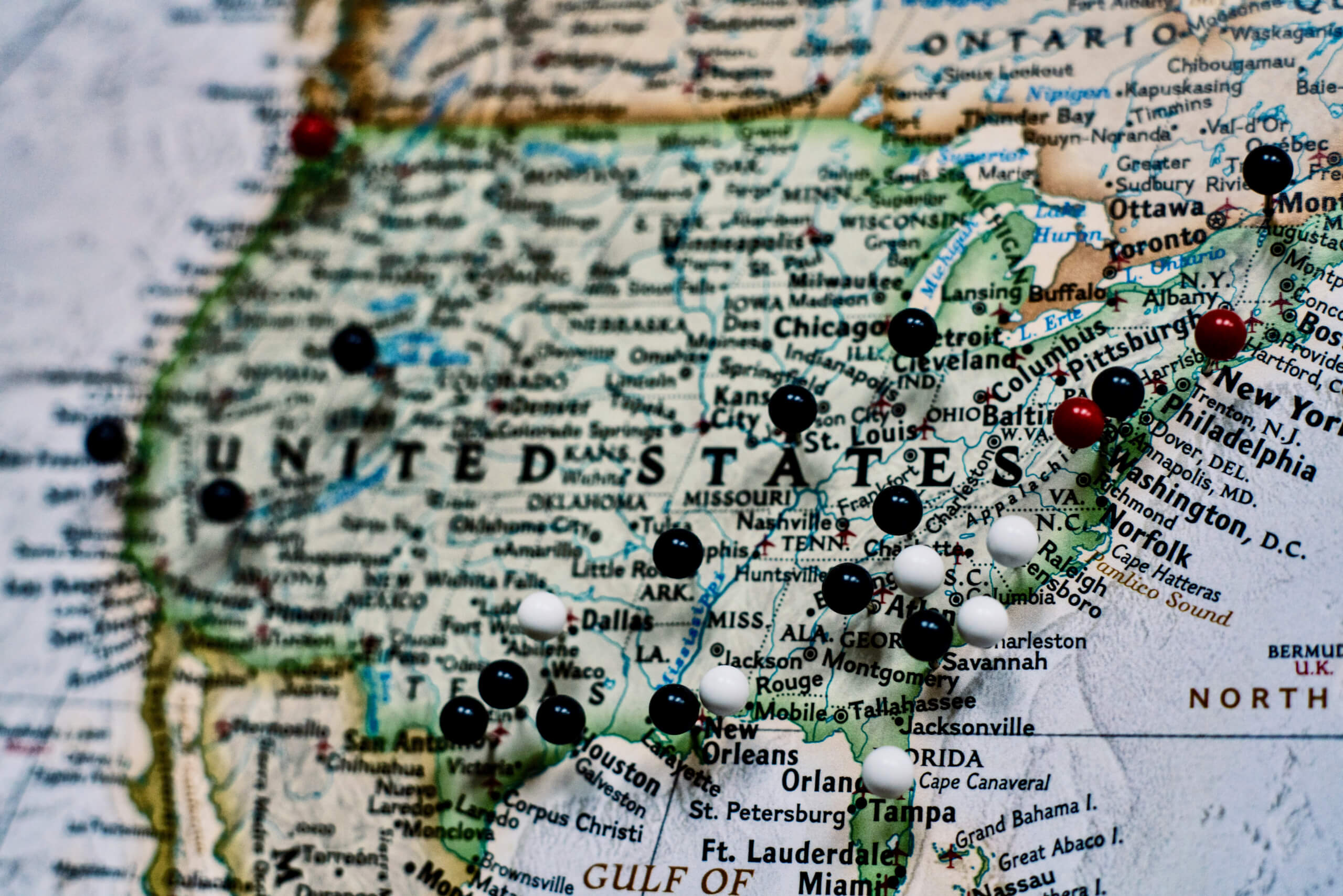 Our Interior Design team take you on a cross-continental and across-state journey to discover the all-American interior design inspiration that can be brought back to the UK.

This interior style has become so iconic that we all have an image of what a New York loft interior looks like. The style originated in the 1960’s in Soho New York, where artists moved into empty industrial buildings and made it their own on a shoestring budget. To capture this style effectively, the raw edge to the interior mustn’t be lost. So exposing structures like beams or pipes, especially if they are metal, exposed brickwork and heavy-duty rough finishes is key to achieving the look. Usually, the layout is open plan with no room dividers as the furniture itself works to divide up the space.

This look is about being relaxed and informal with the buzzword ‘bohemian’. However, this look can easily be overdone and become contrived. Texture and the authenticity of the materials used is key to this look. Use natural linens and cotton in organic shades and tones.  Don’t be shy of wooden flooring that isn’t too perfect, get ready to buy handmade originals and vintage pieces and don’t forget to get a houseplant!

The Miami design scene has two quite distinct styles, Glamorous Minimalist & Art Deco, however the iconic glamour of Art Deco in Miami is timeless and our focus here. To bring a bit of Miami into your home, think plush velvets, hard materials with a polished finish (not matte!) and geometric shapes with a tropical theme. Use pastel shades but update the look by choosing duskier tones like in this image. Another way to update the look is by using strong deep colours – although use sparingly!

This is what we at HollandGreen Interior Design would call the Mountain Modern look. Traditional use of oak frame buildings and the exposed wooden ceiling retains the chalet style. However, all the fittings have a contemporary edge, clean lines, luxurious neutral fabrics like wool and cashmere are a must. This is all about understated luxury and attention to detail is key to pulling this off.

Whilst crisp modern interiors are very much part of the Boston interior design scene we do love the old-world aesthetic and the interiors that show reference to tradition. Architectural detailing such as cornices and architraves play a key role and getting the proportions of these right is quite important. Beautiful antique period furniture and light fittings should take you time to find. This is not a look to rush. You can update the look with your choice of paint colours and fabrics.

We provide Interior services throughout London, Surrey, Oxfordshire, Buckinghamshire, Berkshire and the Cotswolds. Find out more about how we work or get in touch for an initial meeting with our Interiors Team.